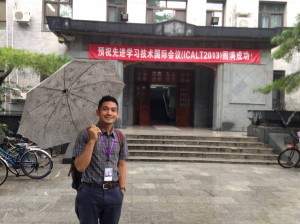 It is the first time for Kato Lab to attend the IEEE International Conference on Advanced Learning Technologies (ICALT). This year is the 13th annual gathering of the top professionals in the interdisciplinary field of Educational Technology. Just like in the previous years, researchers in this conference have emphasized that in developing technology, it is pedagogy that must be the first consideration.

Educational technology is about how technology can be used to support the learning process which encompasses instructional design, learning models and various measures of learning. To me, this means that technology is only 30% of the solution to better ways of learning! The other 70% is about how teachers, students and other people involved in education will use the technology. How such technologies can be integrated into the specific curriculum and the whole education process is also the job of a professional who decides to work in the field of educational technology. It is not enough to develop the technology. Researchers should also develop the accompanying guidelines on how their technology can be used in educational settings.

I had two presentations in ICALT, both of which gained a lot of discussion from the group. I found the doctoral consortium (a mentoring session for first year doctor students) very helpful because I was able to present early work and get feedback on possible directions. I highly respect the chairs of this conference because they have given me very relevant input that may not have been possible to come from the perspective of HCI or mixed reality experts. I received three main comments from the chairs:

1. Novelty – I have not yet revealed the actual direction I plan to take so the chairs suggested several paths for possible novel work. An Indian professor was very helpful because he pointed out the possible novel directions I haven’t thought of before. He said that for authoring AR learning objects theme, the novelty would possibly be in the (1) architecture, (2) user defined interactions, and (3) a verification of a learning framework. He said that in educational technology, there is a template procedure such that you (1) create a learning framework, (2) develop a prototype of the framework, and (3) evaluate the prototype to prove your framework.

2. Guidelines for technology – Dr. Sabine Graf suggested that I should come up with my own guidelines for how teachers can use my technology because they cannot come up with this by themselves. Before I spoke with teachers last Christmas break, my assumption was that teachers
would be enthusiastic and come up with ways to use my technology. However, this is not the case so I understand Dr. Graf’s suggestion very well. Another approach would be similar to Dr. Cathleen Norris and Dr. Elliot Soloway’s work on mobile learning. In their case, they hired curriculum designers to create activities with their technology. Dr. Graf also suggested that I choose a specific learning scenario where I want my AR learning object applied. 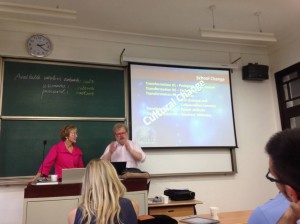 I liked Dr. Cathleen Norris and Dr. Elliot Soloway’s presentation about their 14 years worth of experience in mobile learning. I have a long way to go…

3. Intuitive interface VS learning patterns – The keynote speaker, George Magoulas of London Knowledge Lab (he gave me his card!), asked me if I would be interested in applying learning patterns for my work. I had very little idea what he means even after listening to his talk, and explanation how it is related to my design of AR learning objects. So, I promised to read more on the topic. He said he can work with me if I decide to take the learning patterns path. Another professor, on the other hand, pointed out that learning patterns is actually a whole different approach for what I am doing. Right now, I am doing an intuitive authoring approach such that it will be so easy for teachers to be spontaneous in creating lessons with augmented reality.

My second presentation about AR x-ray for K-12 education also received relevant input. One person asked me about the contribution of my work, given that the implementation of AR x-ray is not my own. I believe this was more of a presentation problem, rather than an actual lack of contribution. As Taketomi-sensei adviced, maybe I should have phrased the problem more clearly. I’m not very sure but I think it was
clarified during the Q&A that it’s the first time to evaluate AR x-ray from the perspective of students and teachers. Maybe, that is not enough for some participants of the ICALT. I am aware that my work is premature, but it is enough to engage some of the educational technology professionals in the conference for input and possible collaboration. 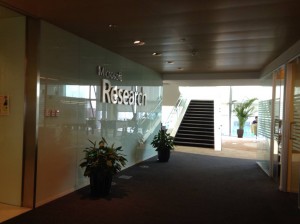 I also had the opportunity of meeting Taketomi-sensei’s sempai from the research section of Microsoft Research. His name is Matsushita-san, and he is most active in the field of computer vision. I learned a lot from him about the research life at Microsoft, as well as some ideas of how technology is transferred to products section in Microsoft. Similar to Kato-ken, the researchers are free to undertake any research that they want to do, for as long as they can defend that such a research direction is relevant for society. 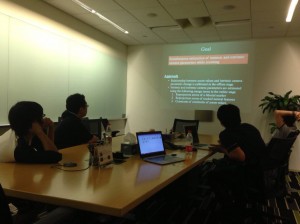 We also had an impromtu kenkyuukai with Matsushita-san, Shiratori-san and Matsui-san. All of them gave us good suggestions and encouraged us to pursue our topics. I guess it’s a Japanese researcher thing to sit down and talk about each other’s research?

The most important thing that I learned from Matsushita-san is his “hierarchy of research impact.” According to him, the first level is academic and business impact. Examples would be having best paper in a conference, or increasing the sales of the company. The second level is industry impact wherein you reshape the industry with your technology. Last and the highest would be societal impact wherein you change the life of people (hopefully for the better!). When researchers are younger, they are evaluated based on the number of papers produced so they work hard to publish their work. However, as a researcher grows older he will realize that he would want the higher levels of impact.

In my part, I already know right now that societal impact is what I want which is why I’m trying to promote the actual use of AR in the classroom. I remember one of my meetings with Kato-sensei. I asked what are the requirements for graduating. He said its the same for the requirements of NAIST (1 conf, 1 journal). However, Kato-sensei said I shouldn’t think about that. Maybe, he was telling me to aim higher?

I never thought of research impact the way Matsushita-san explained, nor did I ever have the confidence to say that someday I will change the world. But, from now on, I will believe that I am good enough to bring societal impact through technology. From this change in mindset, I also hope to work harder. (Well, maybe!!!) Also by extension, I think all Kato-ken members are competent to have impact with their research if they start thinking from now on that they can!

To be honest, at first I didn’t want to go to Beijing. I knew that it will be troublesome because of the language. Also, I didn’t want to go because China’s bullying the Philippines recently over territory. Well, it did turn out that the language barrier made it difficult for us to find transportation, food, etc. However, everything turned out okay because we were able to find some helpful locals.

On the first day it was raining so it was really troublesome. The next two days was sunny with blue skies. The last two days had a “foggy” atmosphere which is actually the manifestation of the pollution problem of Beijing. The sky was gray, not because of impending rain, but because of particulates in the air! It’s so thick the buildings look as if they have been processed by a Gaussian filter. I didn’t have a problem breathing though, I am from Manila anyway.

Beijing did offer a lot of novelty for me, especially in the dishes. Most of the food I tried was delicious, but can’t explain what it contains. If you can gauge the complexity of a certain culture by its food, then China would really be the top with probably a long history of cooking methods and ingredients for eating. I guess pictures would be more apt for showing my experience in Beijing so I end this entry with these: 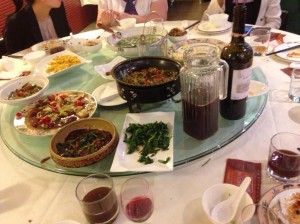 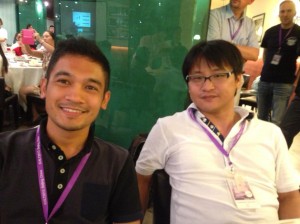 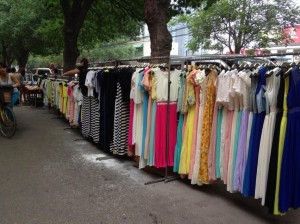 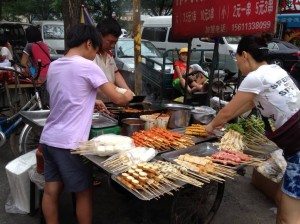 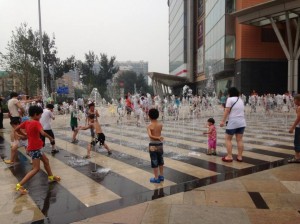 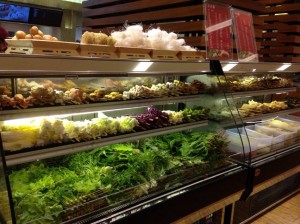 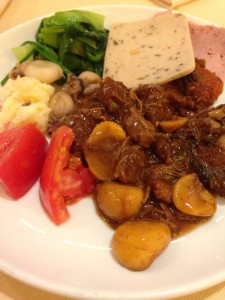 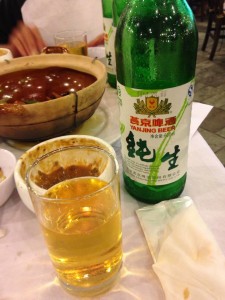 Food! I drank as much beer as Taketomi-sensei. 😀 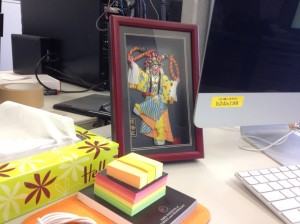 I won this frame in a raffle! 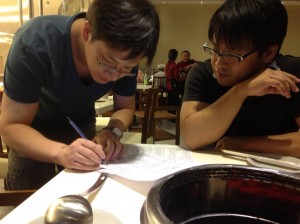 I’m very thankful Taketomi-sensei accompanied me to this conference. We had several difficulties with transportation and weather, etc. But, in the end it was a memorable and fun conference trip.